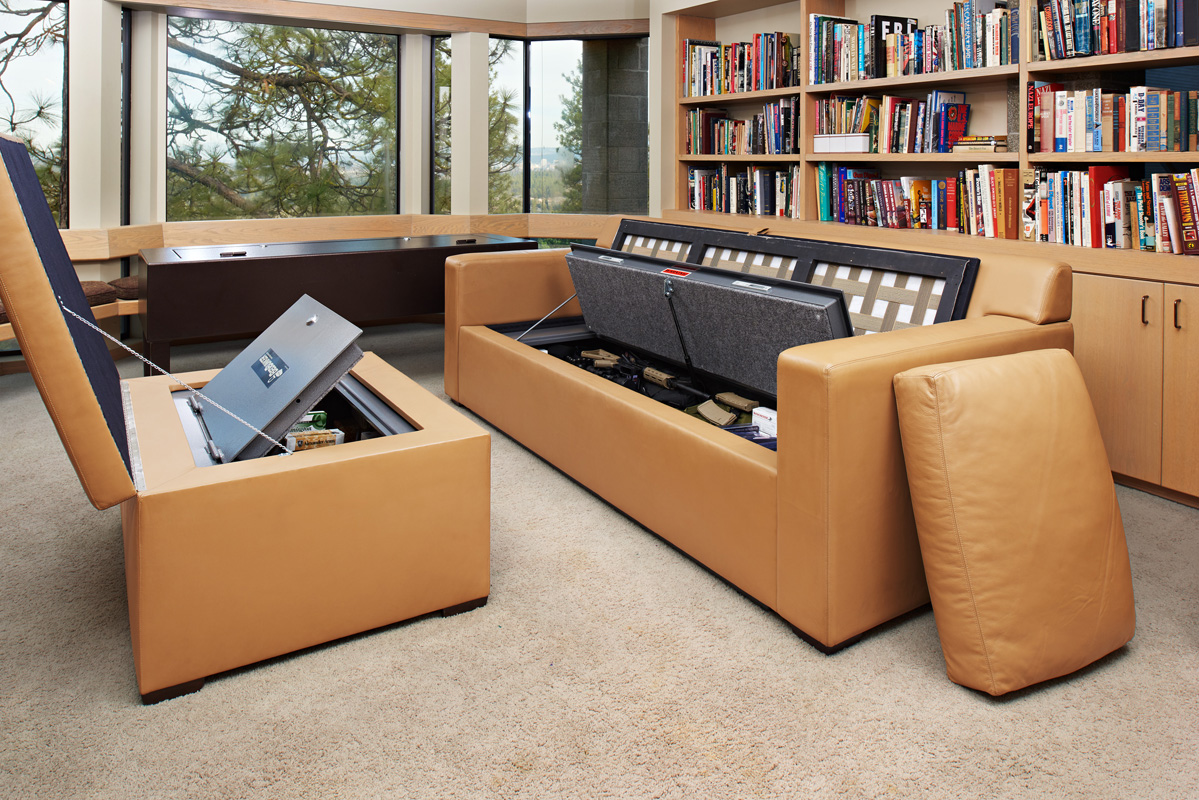 In 2000, John Adrain ran into a problem common among San Francisco residents: He had too much stuff and too little space. But Adrain’s stuff wasn’t the kind you shove in storage—an antique firearms collector since he was nine years old, he wanted to keep his extensive (and expensive) gun collection out of the wrong hands.

Adrain built a gun safe into his bed, creating the first prototype of what is sold today as the BedBunker by his company, Heracles Research Corporation. The beds not only hide firearms but also protect you from them: They are bullet-resistant. Today, the Texas company offers a full range of concealed safes: BedBunker, CouchBunker, TableBunker, ClosetBunker, and even TruckBunker and ConsoleBunker. The sofas, which range in price from $7,780 to $10,720, are made from fabric that can stop a bullet.

Have Questions On A Product?

Call us today at (214) 551-9483 for any questions on products, shipping and about custom solutions. Also sign up here and receive limited offers and discounts right to your inbox.

You have Successfully Subscribed!